Frederick Tudor the Ice King: A Hike With the Fourth Grade 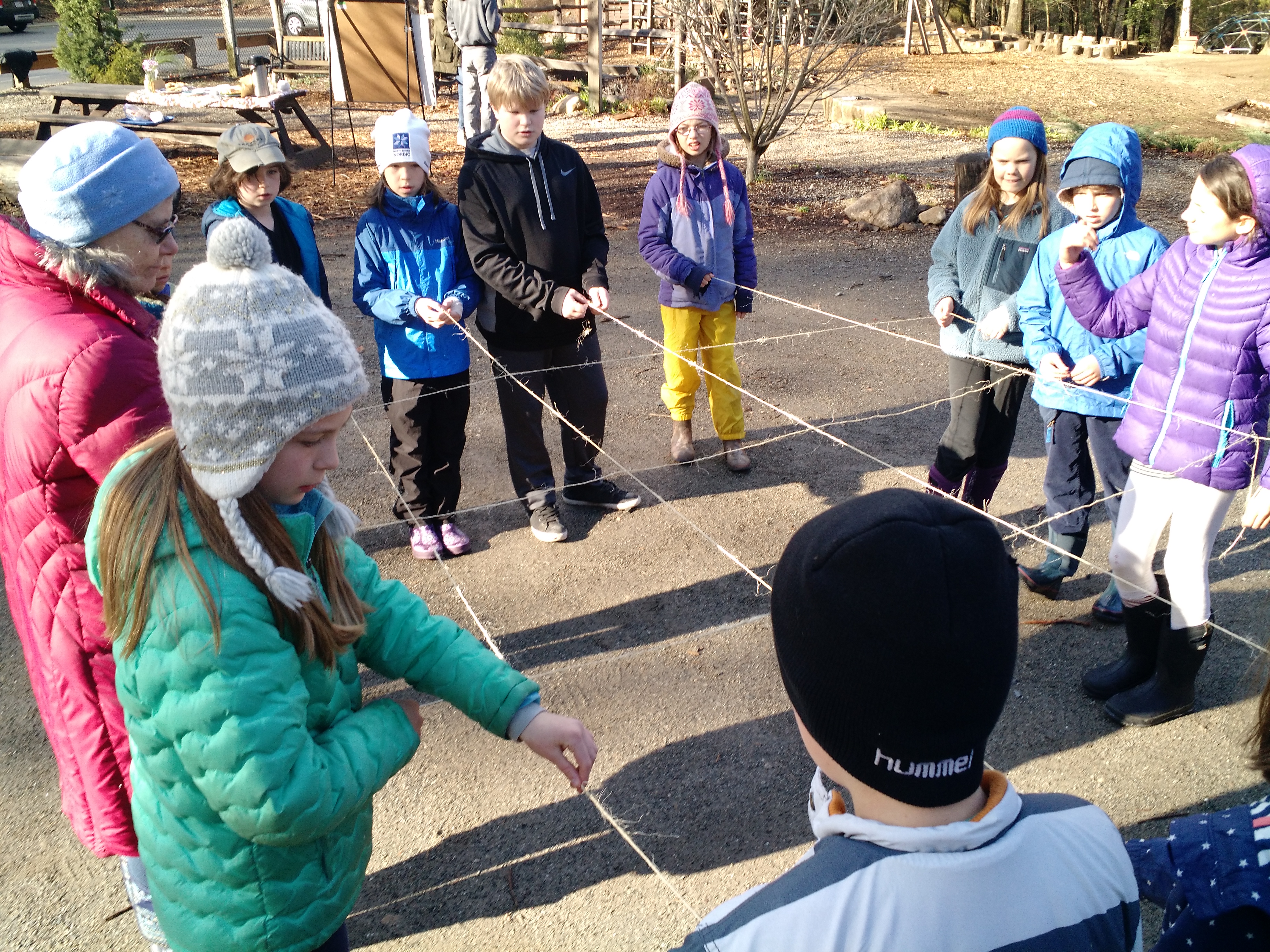 As part of the fourth grade’s local geography block we ventured out to learn about Frederick Tudor, who in the mid 1800s was nicknamed the “Ice King.” He became known for revolutionizing the ice selling industry. Prior to his endeavors, the average American would not even think of enjoying a glass of ice water.  Because of him and his persistence, ice from Wenham Lake was favored by people around the world, as far as Cuba and India and even by Queen Victoria herself. It was not an easy path for Frederick; there were many preliminary trips where his shipments arrived melted and resulted in financial loss. Frederick Tudor learned from such experiences and over time advanced the tools and methods used to both harvest and ship ice.

Our hike began with the students working together to create a grid of 2-foot by 2-foot squares. We later referred to this grid when looking out on Wenham Lake and imagining how the ice was cut into a grid of the same size ice blocks. As we hiked towards the lake, navigating through many intersections and trails towards the JC Phillips Preserve, the Ice King’s story was shared in parts. The story was interspersed with many riddles told by the students. For example, if there are two fathers and two sons who went fishing, and each of them caught a fish, how is it possible that only three fish were caught? Don’t know? Ask a fourth grader—they will be happy to tell you!

Near the lake we came upon a recently fallen tree that had been freshly sawed. Upon further investigation, it appeared to be rotten in parts and there was evidence of some kind of insect boring their way in and around. Many of us also tried our best to count the tree’s rings and guess how old it might have been. It looked like it could have been about 80 years old. Once we made it to the shore of Wenham Lake, we took some time to explore and imagine what it could have been like cutting the late winter ice into those 2’x 2’ blocks and shipping them off to distant shores.