From Cape Ann to Beverly, Waldorf School at Moraine Farm Reflects on the Journey of the Last 30 Years 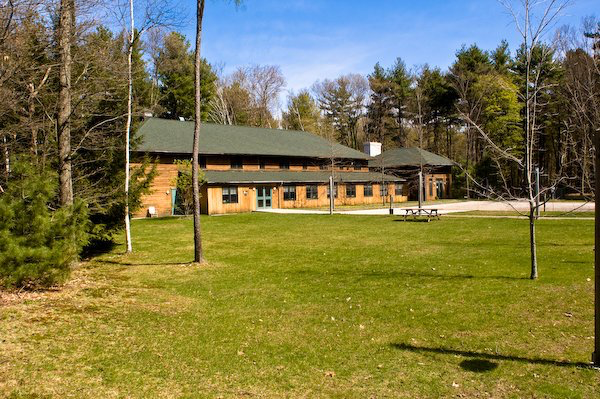 The school has come a long way since it opened as a kindergarten in Gloucester, in a beautiful oceanfront home back in 1987. The school moved twice more before finally finding a permanent home at Moraine Farm. The first move to Beverly was to the church adjacent to Moraine Farm. Three years later, in 1991, the school moved to Hale Street in Beverly Farms, seven miles away. Although the Hale Street school had wonderful energy with high ceilings and abundant natural light, the indoor and outdoor spaces could not accommodate all the students and their activities at the school—which had grown to include early childhood programs through eighth grade.

After an intensive search for the right permanent location, the opportunity to move to Moraine Farm finally came. Our current neighbors, Project Adventure, approached the school about the possibility of purchasing a building and land at Moraine Farm. It didn’t take long to see all the potential a Waldorf school could have in that place. In the spring of 2011, the school moved to Moraine Farm.

The attraction to Moraine Farm was not only in the forest, fields and farm, but also the history behind the landscape by Frederick Law Olmsted.

Olmsted’s designs reflect his understanding of the powerful relationship between the human organism and the natural world, much like the philosophy of Rudolf Steiner, founder of Waldorf education.

The school shares the stewardship of Moraine Farm property with several partners: Project Adventure, an outdoor experiential education program based on the farm since 1999; the Essex County Greenbelt Organization, which oversees the farm’s conservation restrictions; the Batchelder Trust, which owns more than 60 acres of the farm and is committed to preserving the beauty and historic fabric of the property; and the Trustees of Reservations, the oldest land trust in Massachusetts.

Before moving, the school built a new wing for the existing building on its new property. It engaged architects who worked to bring the building into greater harmony with Olmsted’s vision. This year, the school is continuing this vision with a new entrance pathway and patio with gentle curves bordered with native plants and trees. This new space creates a fluid connection between outdoors and indoors. 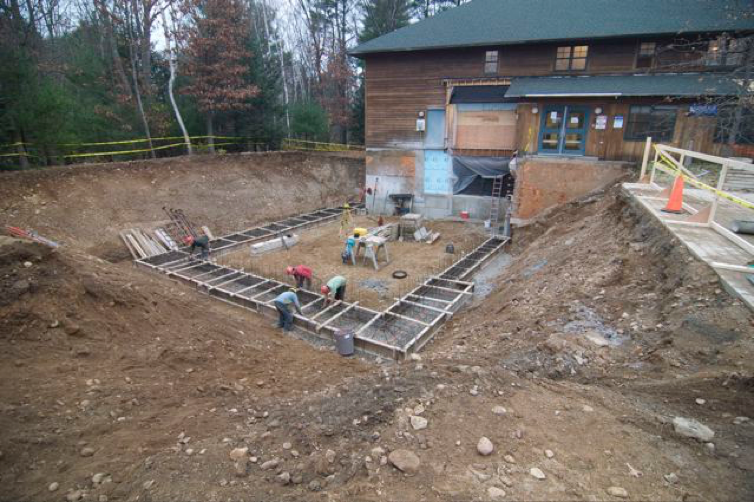 November 2010. Digging the foundation of the new wing

The school uses the time-tested approach of Waldorf schools throughout the world, integrating a rich, age-appropriate, classical curriculum in math, science, foreign languages, and the humanities with music, visual and practical arts, and movement. Teachers work to make all lessons experiential, imaginative, and connected to practical life. The new campus is allowing the school to take its experiential approach to the next level, taking full, creative advantage of the natural world at Moraine Farm across all subjects, classes, and ages.

In 2014, the school embarked on a ground-breaking “Science in Nature” initiative to further develop the use of Moraine Farm and adjacent Phillips Preserve as an outdoor classroom. Teachers work collaboratively to create outdoor lessons and activities that support students’ academic, physical, and emotional development.  As part of the Science in Nature program, the school offers lectures, workshops, and other activities at Moraine Farm for the public.  A new greenhouse, garden, and beehives established in the spring of 2016 also give students more opportunities to connect with and learn about the natural world. 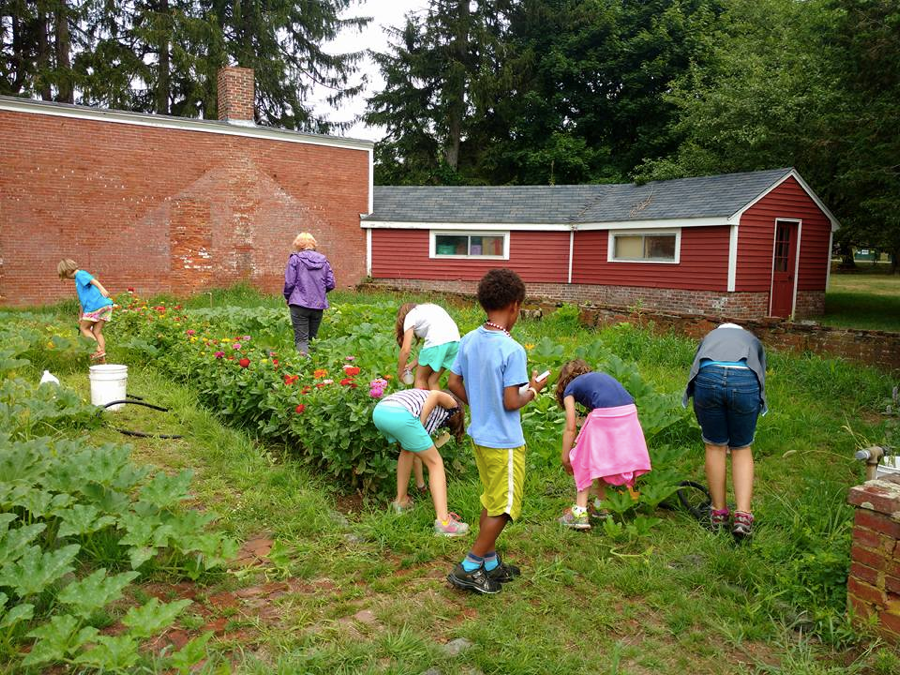 The school looks with excitement to continued collaboration with its partners, families, and the wider community in environmental education, recreation, festival life, conservation, historic preservation, community-supported agriculture, and beyond.

Celebrating the 30th Anniversary with Service

Throughout the 2016-2017 school year, the school will celebrate its 30th anniversary in several ways. Besides commemorating the anniversary at all the school’s annual events—from the Fall Festival and Open House (Saturday, September 24, 2016), the Holiday Fair (Friday, November 18 and Saturday, November 19, 2016), and the Winter Festival and Open House (Saturday, February 11, 2017), students will participate in several community giving activities. Starting off in September, a group of students will work towards improvements—painting, trash clean-up—to the neighboring J.C. Philips Nature Preserve. Other giving activities will be planned throughout the year. Updates will be shared on this blog.

The 30th anniversary celebrations will culminate during the Spring Soiree on the Saturday evening of May 20.  During this gala event, the school will recognize long-term supporting friends and families, along with alumni, for their time, talents, and contributions in helping the school to become the well-established, vibrant institution it is today.

About Waldorf School at Moraine Farm

Waldorf School at Moraine Farm is an independent, non-profit school founded in 1986 as the Cape Ann Waldorf School in Gloucester, Massachusetts. It serves approximately 120 students from pre-kindergarten to eighth grade.

The mission of Waldorf School at Moraine Farm is to help students discover and develop their individual capacities so that they can fully engage in the world and contribute meaningfully to society.

Waldorf School at Moraine Farm is one of 121 Waldorf schools in the United States and nearly 1,000 Waldorf schools worldwide. We welcome admissions inquiries throughout the year.