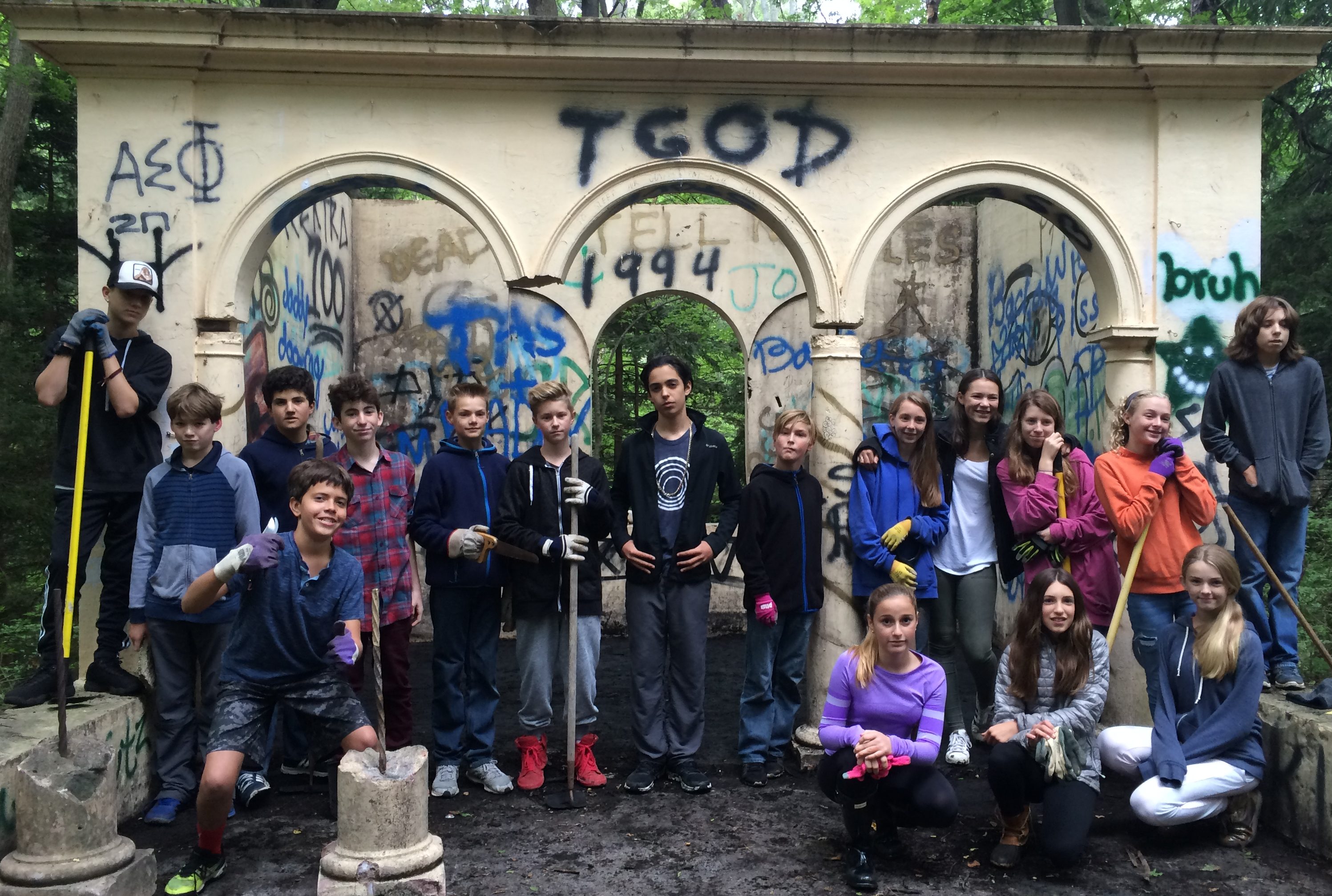 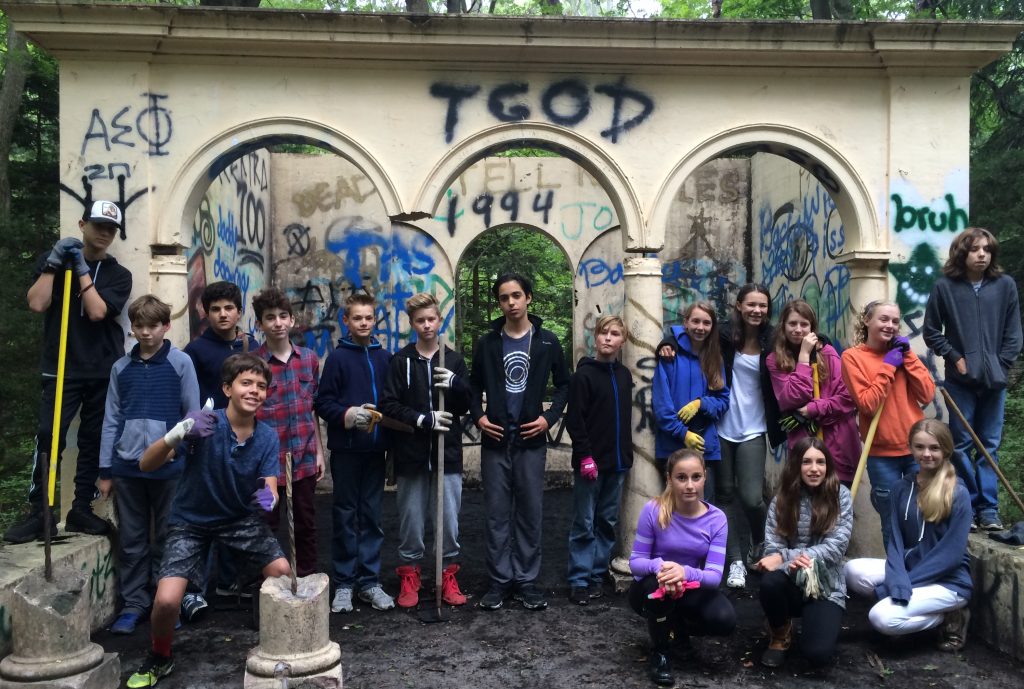 As part of its thirtieth anniversary, the Waldorf School at Moraine Farm is dedicating itself to service. To start off the year, the seventh and eighth grade participated in a community cleanup for one of our neighboring properties, the JC Phillips Nature Preserve. Appropriately, our first service took place in conjunction with the celebration of Michaelmas.

The school is not alone in using Michaelmas as an opportunity to undertake tasks to improve and care for its surroundings; in fact, many Waldorf schools around the globe work this into their annual celebration.

Why is service frequently considered an integral part of the observation of Michaelmas?

Michaelmas, as it is observed in Waldorf schools, is the “festival of courage” celebrated as the earth traverses the tail end of the late summer meteor showers and the northern hemisphere begins to tilt away from the sun. Around this time of year, many Waldorf students hear, in various forms, the story of Saint George, which parallels the story of Michael. Michael, the archangel who inspires courage, is associated with this festival time. The story of the Archangel Michael says that he fought an evil dragon in Heaven and casted it down to Earth, for humanity to carry on the fight against evil. Through the inspiration of this angelic being, the lowly peasant, George, was inspired to persevere, though the odds were stacked against him, to complete a daunting task, slaying the “dragon”.
In the story of Saint George, there is a wicked dragon attacking a city and the people see no way out of their plight until Saint George arrives and slays the dragon. He refuses all gold and riches as reward, even refusing the hand of the princess in marriage; he acts only out of the desire to use his strength to help those who are weaker and needier than him.

In a similar vein, at this year’s Michaelmas assembly, third-grade teacher Ana Coffey told a wonderful story about a little boy who wished to serve Michael. He found he could not do so out of tyranny or subservience, but only out of helping those in need with no expectation of getting anything in return. At our school, we have no cities to defend from dragons, or shining swords of light to wield (at least not outside our imaginations), so we channel our energy in other ways, to beautify our school and campus or otherwise help our community. We do it not for any material reward, but purely for the joy of service. The reward is knowing that we have given of ourselves to help others, as that is the true Michaelic impulse. 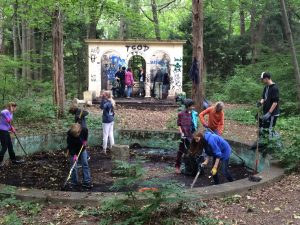 On September 29, 2016, the seventh and eighth grade participated in a community clean up at the JC Phillips Nature Preserve. This preserve is adjacent to our school, and the system of trails are often utilized by our students and teachers. At the top of the hill overlooking Wenham Lake once stood the home of William Phillip, whose father and family had resided on Moraine Farm. It was always William’s dream to live in that exact location, and as an adult, that dream was realized. 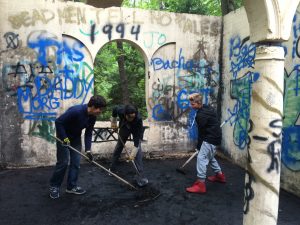 Unfortunately, due to a fire in 1968, the remains of the home are few: some pillars, bits from the fountains, and some walls still stand. It has been a few years since a clean up was performed. Since then, a campfire circle and layers of soot, ash, and trash have been steadily building up, along with lots of graffiti. Our school’s clean up was the first phase of our plan. We removed trash, glass, and bags upon bags of soot. With the area much improved, we next plan to paint over the graffiti. The school’s goal is to restore this spot to the peaceful place it once was, giving it the feel of a secret garden.

Stay tuned for an update on this important service project!