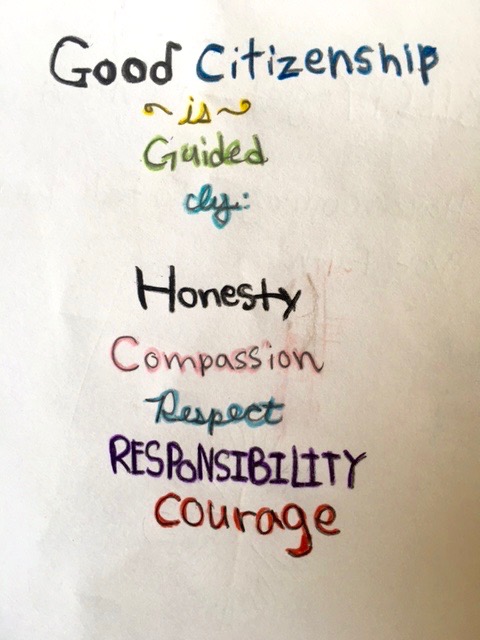 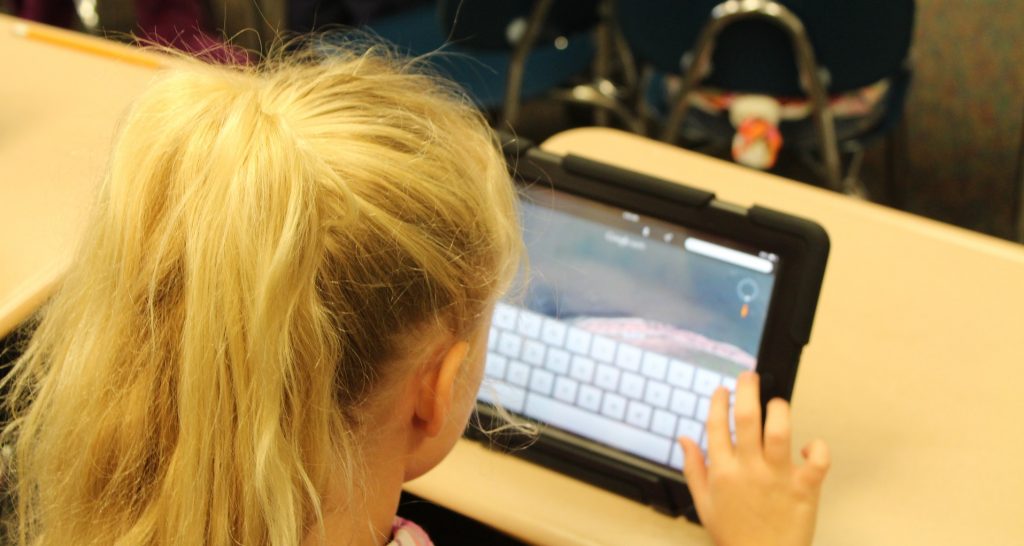 Our school has just begun working with the digital literacy curriculum called Cyber Civics. While as a Waldorf school we encourage limits to screen time, especially in the younger years, there’s a wide range among our families as to the use of computers, smart phones, and other devices. In the middle school, most students are using the Internet and social media outside of school. The Cyber Civics website shares a great quote I can relate to:

“Our children are growing up on a digital playground, and no one’s on recess duty.” [1]

So we’re hoping as teachers and parents we can take our heads out of whatever layer of sand we’re in, go out on recess duty together, and give them the adult guidance they need.

I was recently asked by a reporter about my experience in teaching news literacy in our middle school. I started reflecting on changes in how I’ve taken students through the process of writing research papers, a big part of which is finding reliable sources on the Internet. I remember 8 or 10 years ago introducing a lesson by showing a website on whale watching in the Great Lakes. 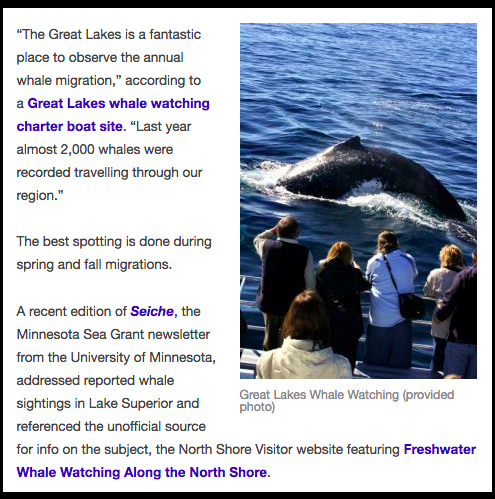 It was a fake site, a joke, but I didn’t tell the students that at first; we looked through it together, with its description of fresh-water whales and photos and testimonials and mugs and t-shirts for sale. I would wait till the first student would say, “Hey, wait a minute, are there really whales in lakes?” And then everyone would think about it and gradually get the joke; it was funny, and I could make the point that anyone could put anything on the Internet, and they do. That was memorable for them. I also remember five years or so ago talking a student out of writing about the first human moon landing as a hoax filmed on a sound stage in New Mexico—he’d read that on the Internet.

But now things have taken a darker turn. Now you have social media being used systematically and deliberately to manipulate people and spread disinformation. For example, not to get too political, but we have powerful people tweeting that climate change is a hoax from China, and that millions of people voted illegally in November, and other stories that are patently false. And kids are probably the biggest consumers and users of social media. So I’ve found I need to be much more direct and cautionary and expose the students at age 13 or 14 to things I wouldn’t have a decade ago. For example, in one of the Cyber Civics lessons in eighth grade, we looked together at a site that is pushing fake news stories. We came on articles saying that the massacre at Sandy Hook Elementary School was a hoax perpetrated to promote gun control. Nothing funny about that. It’s not easy to shock eighth graders, but they were shocked. One student said, “How can they do that to those parents?” I nodded: yes, exactly. I was thankful that his reaction was one of compassion, and that he shared that with the class.

Of course, fake news is not new, and the groundwork was laid a long time ago for what we’re now experiencing. I recently read that in 2002, in reference to the issue of weapons of mass destruction, an administration official criticized the news media as being part of the “reality-based community.” He said this consisted of people who “believe that solutions emerge from your judicious study of discernible reality.” [2] He explained that this was not how the world worked anymore, that we are an empire and when we act we create our own reality. And we know how that turned out. And there’s the decades-long disinformation campaign about climate change, taking a page from the tobacco industry playbook to convince people that there is a scientific debate about causes and effects. We know how that’s turning out as well.

It’s not a big leap from all that to today’s “post-fact” world, where scientists are just corrupt eggheads with secret agendas, where people in authority are fine with broadcasting anything, bogus or not, with the tag line “U decide!”

And our kids, as they use their devices, are in the process of creating their own personal echo chambers with their Facebook likes and shares, and the newsfeed on their phones and so on. They’re being encouraged to have instant opinions about everything. As teachers and parents, we need to help them avoid going down that rabbit hole…we need to give them skills to discern what’s reliable and what’s fake, and when they need to know more before making a judgment. 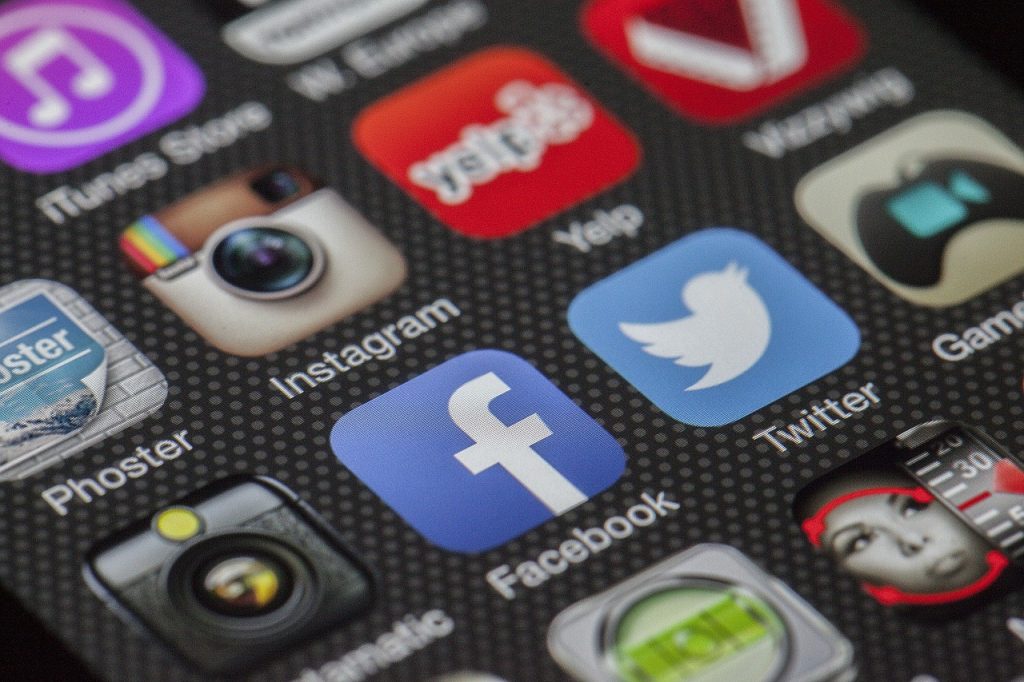 There are things we can do directly on the topic of news and information literacy, in school and at home. Our eighth grade, for example, definitely cottoned to the Cyber Civics lesson on “C.R.A.P. detection”: evaluating a website for currency, reliability, authority, and purpose. At our school we put a lot of stock in forming class communities; regular times for sharing and class meetings are a comfortable setting for students to discuss current events, with a teacher’s guidance, and hear a variety of perspectives.

But I would go further, to say that if we think that the theater of battle in all this is just the Internet or news per se, we will lose. Ultimately, I believe it’s all about how we are or aren’t raising children so that they think for themselves, and care about other people. I think that’s really the theater of the battle.

First of all, to have a basis for news literacy and learn to think critically, kids need real experiences in the world. You can’t judge what is real if most of your experience is virtual. We need to demonstrate to our kids that the Internet is not the only source of information about the world. We need to tell them stories. We need to encourage them to observe the natural world; visit museums, laboratories, historical sites; interview people who are passionate about their jobs or avocations; talk to older generations who can share life experiences; serve their communities. If they ask you something, don’t just Google it; show them how to dig a little deeper.

And we need to help them learn how to put all the information that’s at their fingertips in a bigger context. For this, they need deep learning about the achievements of humanity, across time, across cultures and nations. They need to actually do science, to work as scientists do, which is not just receiving finished concepts and definitions, but forming questions and testing your ideas by observing real phenomena. They need to understand how things work, especially the technology they use all the time, so they really get that human beings create technology, and that humans get to decide how and when to use technology, and for what purposes. Kids need to know they can control their digital lives. That’s a big part of what we have to teach them and model for them, even knowing they will be using technology in the near future in ways we probably can’t even imagine.

To learn to think for themselves, kids also need real people they can look up to, who are good and wise people—they need role models. If you haven’t had the security of trusting and looking up to authority figures, like parents and teachers, when you’re young, you can be susceptible to a distorted version of that—authority gets twisted into authoritarianism. Even in adolescence, when kids know everything and seem to reject authority, they are still observing us and listening to us as parents and teachers, more than we realize. That’s one reason it’s so important to put our phones down and pay attention to them and have real conversations, casual or serious, at the dinner table or a class meeting or wherever we can. I remember once when my own daughter was a freshman in college, she called me up—this was back when kids made phone calls—and said “Mom, I just did something you told me never to do.” Oh no, I thought, imagining all the worst possibilities. “I went skydiving!” she said. Now, I don’t remember a skydiving conversation—it was probably an offhand remark—but she clearly did, and considered it in her decision.

To discern what is real, kids also need experiences of beauty. This is not just pretty sunsets; it’s experiencing and creating art, music, and literature. This connects them to great human achievements, and they learn to distinguish what is beautiful and what is degrading. As one historian said, “Beauty is but the sensible image of the infinite”—and therefore itself a form or experience of truth. On this topic, it’s well worth consulting John Keats’s “Ode to a Grecian Urn,” which our eighth graders sometimes learn by heart.

You might notice that I’ve actually been talking about what the ancient philosophers said was the aim of education: upholding truth, goodness, and beauty. This, I believe, is the theater of our battle.

In sum—if our kids are to avoid the fake news trap, they need adults who are willing to go out on recess duty. They need real people they can look up to, and they need real experiences in the world, as the basis for judging what is true, good, and beautiful.

Maybe what we need to do, as educators and parents, is declare our membership in the reality-based community, and figure out how to grow that community. Maybe we owe that to our kids, to ourselves, and even to the world.