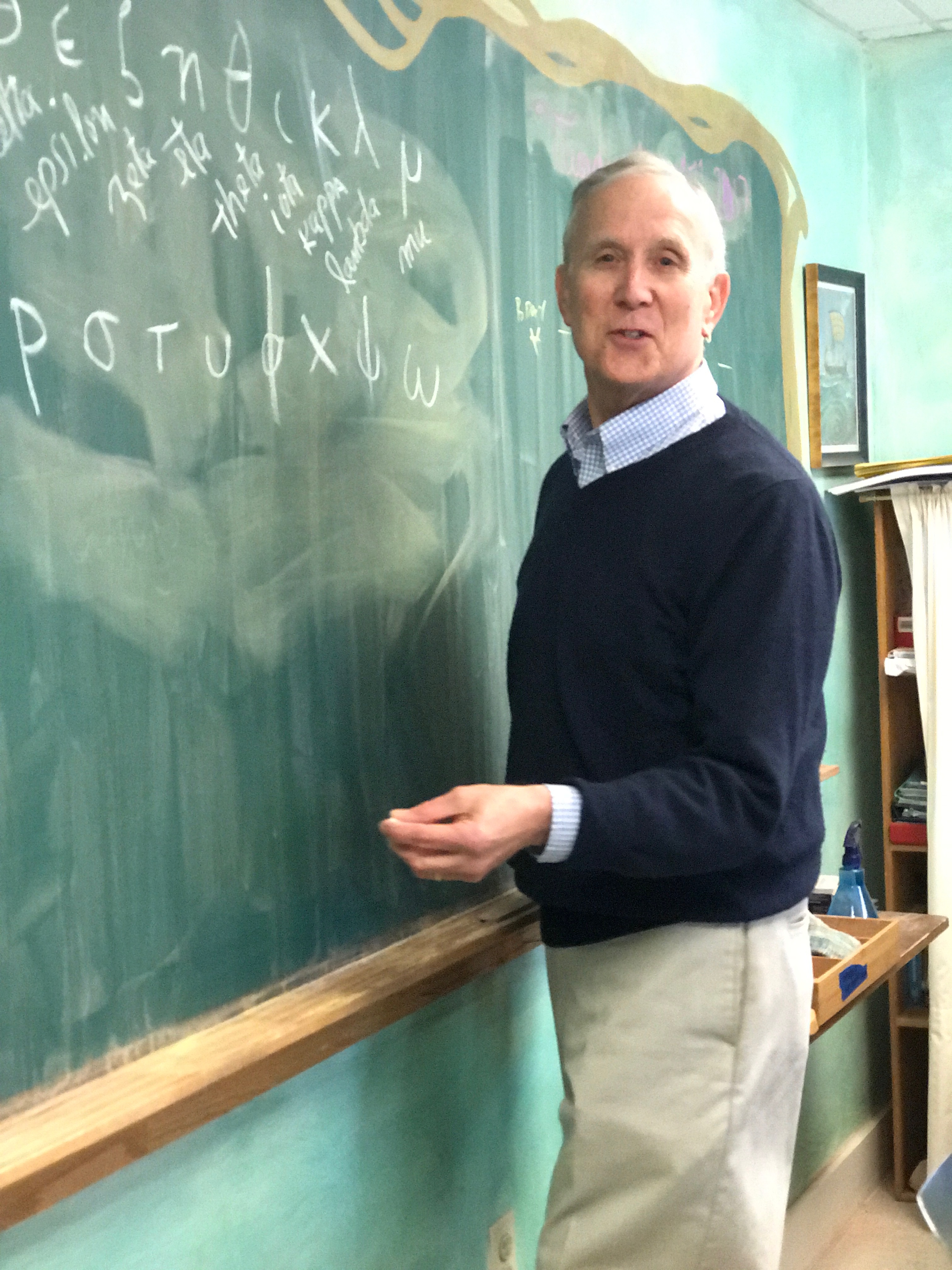 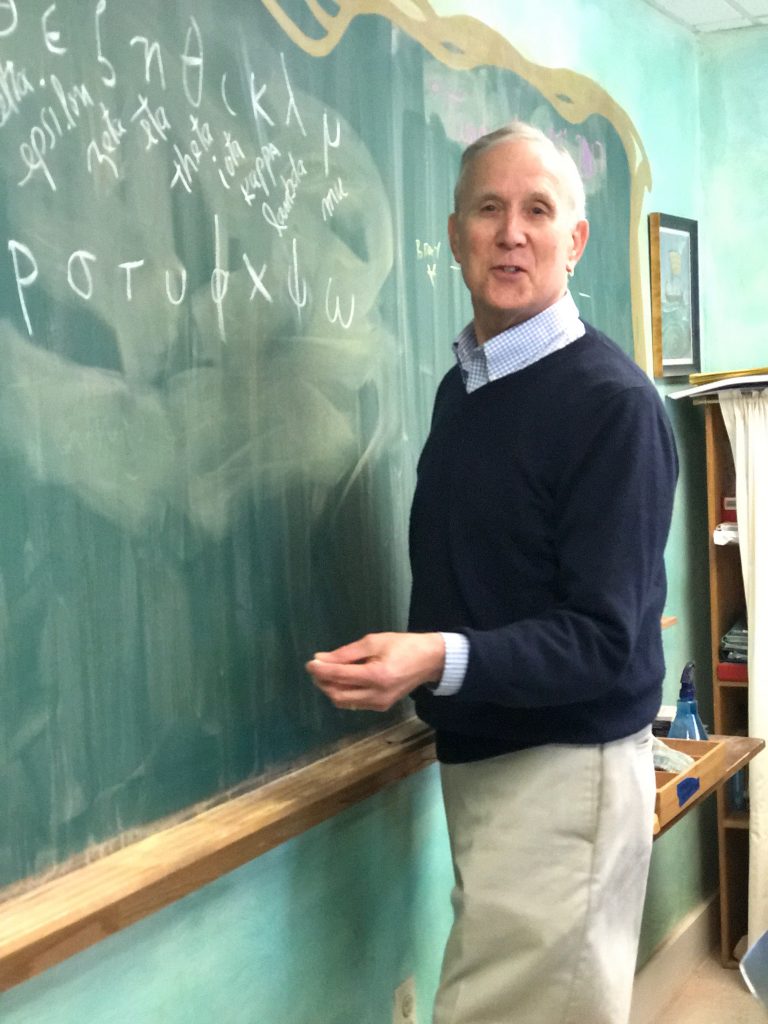 I had the opportunity over three consecutive mornings in mid-April to teach the 5th grade Waldorf class about Greek Myths and other things Hellenic.

As a graduate of Phillips Academy in Andover where I learned both Latin and Greek from some fantastic teachers, and Princeton University where I majored in Classical Languages and then went on to teach Latin and Greek to high school and college students, I felt very prepared to challenge these 15 extraordinary 5th graders. What I didn’t expect was to be challenged back.

I asked the class to copy down the Greek alphabet which I had written on the board. I explained that Greek has 24 letters as compared to English, which has 26. The students loved learning the letters, and in walking around the room I noticed how much more elegantly they crafted them as opposed to my rather scrawly penmanship.

The following morning several students came up to me and said that I had only put 23 letters on the board. Was I wrong about there being 24, or had I forgotten one??!!  I looked down at the blackboard where my lettering was still prominently displayed, and sure enough I had omitted one letter. I humbly apologized to the students. I went to the blackboard and wrote, “errare est humanum” and said that making mistakes is only human; it is the forgiving of a mistake which is what gives us character and helps us grow.

For the next three days I introduced the students to “big” words, powerful, full of meaning and character. I told the class that 20% of the “big” words in English come straight from ancient Greek. We discussed myths: the happy story of Baucis and Philemon, an old couple who live in the woods and befriend Zeus and Hermes who have dressed up as beggars; the story of Deucalion and Pyrrha, sole survivors of the great flood that wipes out the entire world population and how they manage to repopulate the world; and the story of Scylla and Charybdis, two monsters that left Odysseus bereft of his boat and entire crew on his way home from Troy to Ithaka.

I explained metric patterns of poems such as a “dactylic hexameter”, meaning the majority of the metric feet are dactyls and there are six feet in a line.

The amount of work covered in the three days I visited was astounding and the students were attentive, vibrant and enthusiastic. I was pleasantly surprised at how much they enjoyed the material and how easily they were able to engage in the material I presented. Their curiosity showed in their questions and their genuine excitement for learning was infectious. They challenged my knowledge, pushed me for further explanations and corrected my mistakes! I truly enjoyed my experience with the Waldorf fifth graders, the youngest and most engaged group of students I have ever taught.