Waldorf Education: The Importance of Rhythm in Early Childhood 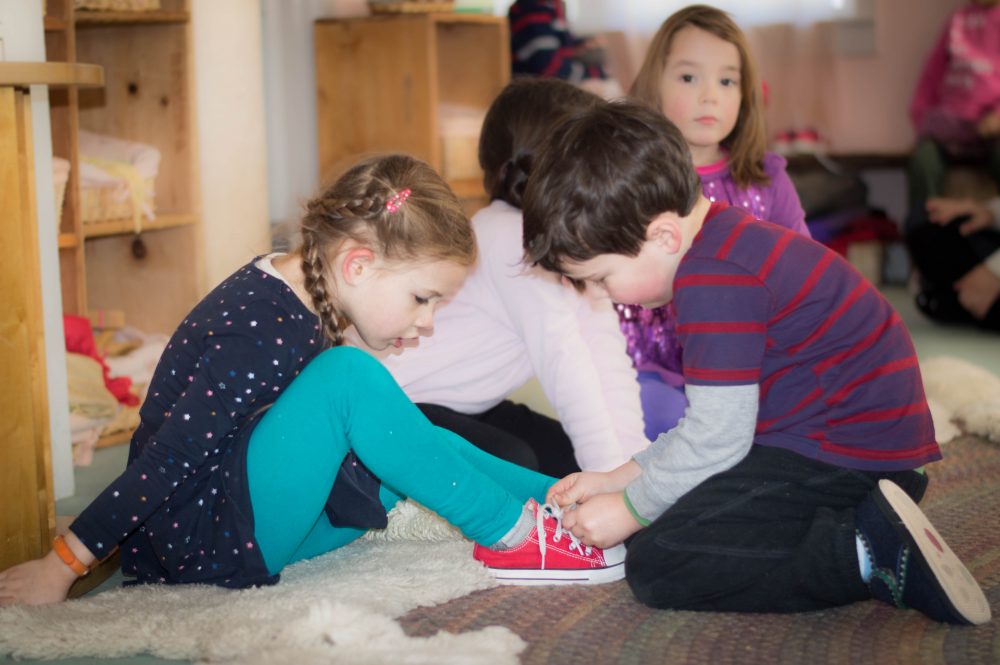 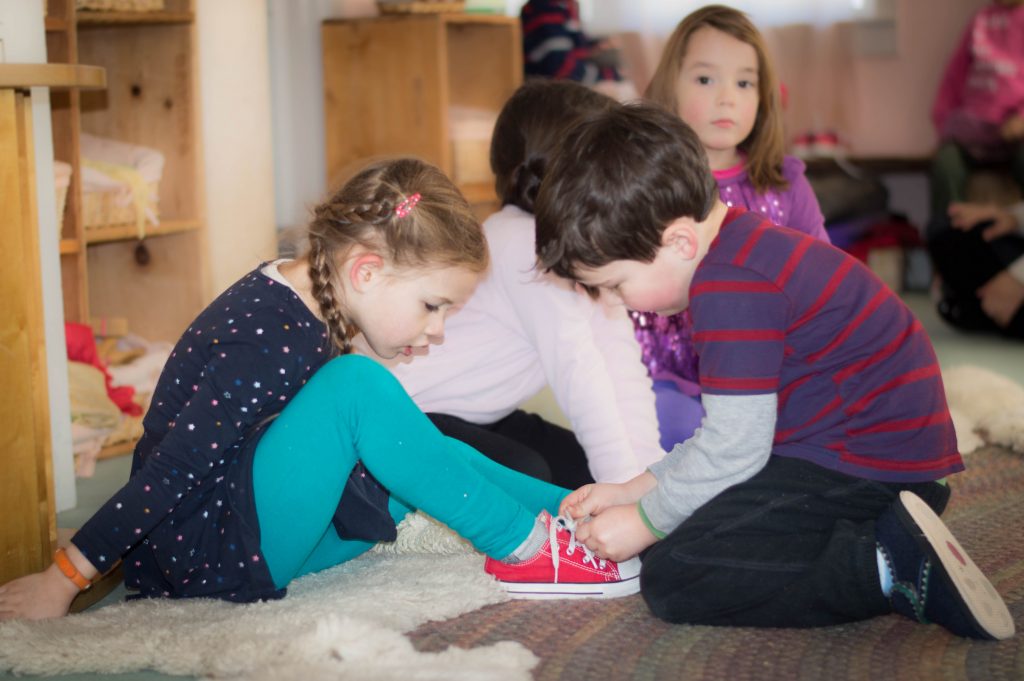 As Waldorf early childhood teachers, one of our fundamental tasks is to offer the children a breathing-like rhythm to our day together – breathing in, as with listening to a story or resting, and breathing out, as in running, playing and roughhousing. In and out, in and out, throughout the day.

The early childhood curriculum is filled with bread baking, uninterrupted play, music and puppet stories. All are there for important reasons but it is the rhythm itself that enables the children to participate successfully. At its most basic, the rhythm in our nursery class begins with free play, an open time of breathing out when the children can play and find other meaningful ways (like helping teachers in food preparation) to enter into the day at school. After free play, we transition towards the breathing in of circle time. Because circle requires each child to find the attention needed to engage in our group activity, we transition towards it gradually — first we gather our focus to tidy up the room, then we quiet down together to have a short “sip of water” at the table. We are then each as ready as he or she can be for the deep in breath of circle time.

And on the day goes, back and forth in this way, with some breaths shorter and some longer as needed. We are like a river, each of the children finding their way in the water as it bends naturally back and forth through anticipated twists and turns.

Each child meets the rhythm in their own way. Recently, an older child has been coming into the nursery to tumble on the floor, smile at his teachers, and then build a block tower, while a younger child has been coming in to sit down by her teacher and rub coconut oil on the kale leaves. Later, both will gather themselves together to join in circle time, one participating on the floor in front of me, stopping himself from getting too silly, the other standing off to my side, imitating the movements with her hands.

“Life, with its rules, its obligations, and its freedoms, is like a sonnet,” Madeleine L’Engle says in A Wrinkle in Time. “You’re given the form, but you have to write the sonnet yourself.”

Our form is not as simple or static as a sonnet, of course. It is organic and changing. It will grow as the children grow. In kindergarten, circle time and stories may be longer, while free play and other breathing out time may not be longer but instead will be more active and robust. The children’s ability to settle into painting and other artistic activities will expand too. Later, and in this same way, the grade school students will have developed some of the faculties needed to focus on more purely academic work. And later still, the sixth, seventh and eighth graders’ ability to work longer and harder at challenging topics will be supported and enhanced by a strong breathing rhythm. They won’t call it play time, but the eighth graders will still be going outside for some rejuvenation at recess, to breathe out after a long morning of breathing in.

As Waldorf early childhood educator Susan Weber says in her essay, Some Thoughts on Rhythm, “This work-play-rest rhythm is a healthy habit for a whole lifetime.”